Born and raised in Hartford, Connecticut, Cliff quickly learned the importance of planning and managing family finances. His parents divorced when he was young, and at the same time his father's business began to deteriorate. Almost overnight, his family's financial condition plunged and his mother was forced back into the labor force. The vivid memories of the financial struggles left an indelible impression on Cliff, and he has never forgotten the lessons he learned from that experience.

Cliff attended the University of Connecticut and graduated with a BS in finance. Expecting to enter the world of corporate finance where a master's degree was necessary to advance one's career, he opted to enroll in the MBA program at Boston University, where he graduated with honors. While interviewing with numerous Fortune 500 companies for positions as a financial analyst, Cliff quickly realized that his interests and talents were best suited to working directly with individuals and businesses and assisting them to achieve their financial goals. As a result, Cliff joined a firm in Newton, Massachusetts, that was at the forefront of the fledgling financial planning industry. While operating as Clifford L. Caplan Associates for many years, Cliff transitioned and established Neponset Valley Financial Partners in 1999.

Over his 40 years in the industry, Cliff has gained many certifications and accolades. He earned the CERTIFIED FINANCIAL PLANNERTM designation in 1988 and the Accredited Investment Fiduciary® (AIF®) designation in 2010. For seven years, he hosted a financial topics show on community access television that aired in several southeastern Massachusetts communities. He has written articles for the Boston Business Journal, Wealth Management Business, and Financial Advisor Magazine. His take on various financial topics of the day has been actively sought and he has been widely quoted in various publications and news services, including the Wall Street Journal, Boston Globe, Bloomberg, Business Week, U.S. News & World Report, Boston Business Journal, Associated Press, and Thomson Reuters.

Perhaps the most gratifying aspect of Cliff's career is the appreciation expressed by multiple generations of families about the major impact Cliff's guidance has benefited their financial well-being.

Cliff and his wife, Amy, have resided in Sharon, MA for more than 35 years.  His two sons, Stephen and Jonathan, reside in the Boston area and his daughter, Meredith, and her family returned to Massachusetts from Pittsburgh in the fall of 2021 providing great joy to Cliff as he now gets to visit with his two granddaughters, Lilah and Audrey,  on a regular basis.

Cliff rigorously exercises in an effort to keep up with his granddaughters. He is a diehard UConn basketball fan and has attended many of their most memorable games over the years. Cliff and Amy love to travel and attempt to take at least one memorable trip each year. 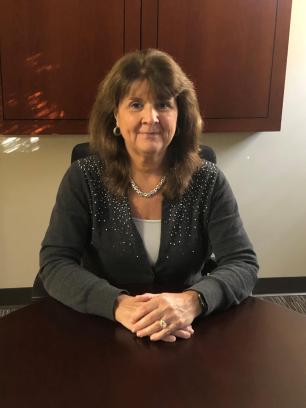 Following the birth of her second child, Noralee joined NVFP as a general office clerk in February 1996. After displaying an ability to quickly master tasks and procedures, her responsibilities expanded to office manager.  While her main function is to effectuate all essential administrative tasks for clients, she constantly interacts with clients to ensure that their financial lives are in good order.  She is also responsible for making sure that the operations of the office run smoothly.

Born and raised in her childhood home in Stoughton,  Noralee resides with her husband of 34 years, Seth, and daughter Kristy.  She is overjoyed that her son David recently married his fiance Renee.  Noralee loves animals and has a Labrador retriever, Prince, whom she adores, and two cats, Cheetos and Toni.  During weekends and vacations, Noralee can be found relaxing and enjoying the serenity of her cabin in Maine.  She loves the ocean and her greatest joy is spending time with her family and friends. 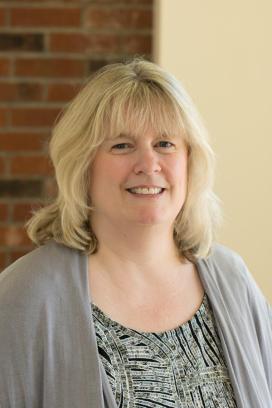 Born and raised in Southeastern Massachusetts, Christine earned an associate’s degree in science from Quincy College.  For 14 years, she worked for trade show producer, The Interface Group in Needham, Massachusetts, as a show operations coordinator. When she married and began a family, Christine opted to become a stay-at-home mom to raise her two children.

With her children grown, Christine decided it was time to re-enter the workforce and joined our practice in May 2015.  Her responsibilities include assimilating data for client reviews, contacting companies to expedite changes in clients' lives, and updating essential information in our client management system.

Christine resides in Mansfield with her son Cameron.  She is busy helping her daughter Colleen prepare for her wedding in 2023.  She enjoys reading, exploring the streets of Mansfield on her daily walks, and visiting her daughter and future son-in-law in New Hampshire.